Butterfly gardens are not just for butterflies, as you probably have noticed this summer. With all the colorful and fragrant flowers, come many types of insects. Normally, when referring to insects, there are good/beneficial insects and bad/harmful insects. But, when we look at our butterfly gardens and get excited because we have caterpillars feeding on the leaves, we are actually getting excited over what would be considered a “bad” insect, because it is feeding on our plants.

Having an insect garden changes the whole thought process of what is really considered good and bad. In the big picture, all insects in our gardens are great, if we have a garden especially for insects. But, if you have a butterfly garden and the Stink Bugs are feeding on all the caterpillars, it can be a little depressing. It really all depends on your perspective and how you look at your garden. Below are a few types of insects you may find in your butterfly gardens.

Aphids are small insects that have pear-shaped bodies, they vary in color, and they feed on plant juices. They usually feed on new growth of plants and can reproduce very rapidly. Aphids do not have chewing mouthparts so they do not chew holes in leaves, damage will usually be curled leaves or distorted flower buds. To control Aphids, simply pruning off the tips and stems or a strong spray of water are ways to remove Aphids from a plant. Often natural predators, such as Ladybird Beetles, will control populations of Aphids.

These beautiful orange or red and black beetles are usually known as Lady Bugs. They are beetles and are beneficial insects because they are major predators of Aphids and many types of scale insects. Both the adult and larvae of the beetles are predaceous. The larvae are usually the same colors and have an alligator-like appearance. Most likely you will not see Ladybird Beetles feeding on caterpillars. As soon as the populations of Aphids have been eliminated from a plant, the Ladybird Beetles generally relocate to other Aphid colonies.

There are approximately 5,000 species of bees in the United States. Although bees are one of the most important pollinators, some bees may only visit flowers for nectar and pollen to feed their young. A few types of bees that can be seen in butterfly gardens are Bumble Bees, Honey Bees, Digger Bees, and Sweat Bees. These insects are considered to be beneficial because they pollinate our plants. Some people may think of bees as a nuisance because of the fear of being stung. Only female bees are capable of stinging, and most will only sting if they are swatted at or stepped on.

Japanese Beetles are a very destructive insect in the adult and larval stage. They feed on as many as 300 plant species. They are native to Japan and were accidently introduced into North America in 1912. The beetle larvae are thought to have entered in a shipment of Iris bulbs. The larvae, called grubs, live in the ground and feed on grass roots. The adult beetles are found on plants, feeding on the top side of the leaves. The best way to control them in your butterfly gardens are by hand picking them off the plants and dropping them into soapy water. Japanese Beetles will not harm caterpillars or butterflies.

Soldier Beetles look similar to Fireflies or Lightning Bugs without the light producing organs. The adult beetles and their larvae are both predaceous and will feed on other insects including caterpillars. They do not cause any damage to plants. Soldier Beetles are considered to be very beneficial in gardens, but this may not be the case in butterfly gardens. When planting food for caterpillars, it can be frustrating to see the caterpillars as food. The only option is to hand pick the beetles from the plants and place them into soapy water.

The best advice that can be offered when creating butterfly gardens is to embrace all of nature that visits your gardens. The natural circle of life exists and is amazing to watch in your own backyard. It is important to remember to never use insecticides. If insecticides are used to eliminate “bad” insects, the “good” insects will also be affected. Enjoy your gardens and all of the creatures that visit, they are amazing to watch. 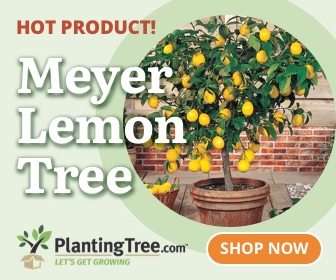