Recently, I have struggled with trying to understand my elderly father’s mental state. His memory is still good and his health is good; yet, he continually exhibits a very changeable personality and mindset. He goes from finding fault with my sister to thinking she is perfect.

When he finds fault with her, he says terrible untrue things about her and her family. During such time, he doesn’t want to see her or talk with her – only me. Then, perhaps six months to a year later, I become the target as I am now.

When angry, he exhibits paranoid behaviors and delusional thinking about his grandchildren to whom he was once very close. This behavior has been the norm for him for the past ten or more years. My sister and I have both been on the receiving end of his anger many different times.

I have tremendous love in my heart for others and try to love people unconditionally. For my daddy, whom I love very much, to say mean, hurtful, untrue things about my family and me hurts to the core of my being. The only way I can cope is to pray that he will eventually realize the error of his behavior and to remember he was the one who once said to me when I was a child, “If you can’t say something good about a person, you should not say anything. And, always tell the truth.”

Recently after receiving a forty-five minute ear full of lies about my family and me, I had cried, a long session with God. Then I went outside to further contemplate this heart-wrenching situation with my father.

We have no flowers in our yard as I’ve never been very good at keeping them alive. I seldom ever see butterflies near my home, and almost never in my yard. I asked God to send me a butterfly to cheer me up.

To my amazement, I immediately saw a beautiful butterfly that I could not identify appear out of nowhere. I have never seen one like it. It lied on some dead grass in my backyard, was very still, and seemed to be searching for something.

After a few minutes, it took flight, went around behind me as if wrapping me in an invisible chrysalis, then descended to lay on the grass on the other side of me. I watched as the butterfly then spread its wings out flat across dead stiff blades of grass. It just lay there as if providing a protective covering for something I could not see. A feeling of calm came over me.

At this point, my feelings of hurt and gloom dissipated as I became filled with a distinct sense of renewed hope. I felt as if the butterfly was telling me that I must allow God to work this out with my daddy alone and that there was a reason for my having to go through these bad times that I could not now understand.

The best place to seek God is in a garden. You can dig for him there.

In the meantime, if I allowed Him to, Jesus, like the butterfly, would cover my current hurting with outstretched protective arms, and He would be with me through the hurt as an invisible friend and protector. I just needed to recall the image whenever I felt that I couldn’t endure the hurt any longer. The message was as clear as if the words had been spoken. I looked up, then back down, and the butterfly was gone.

I still have periods of deep hurt over this, but when I recall the butterfly image I am reassured that I am loved, and that my Heavenly Father will never desert me or my father. 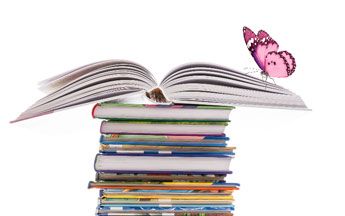 Gardens With Wings invites you to write and tell us about your butterfly story and experience. We look forward to receiving your story.